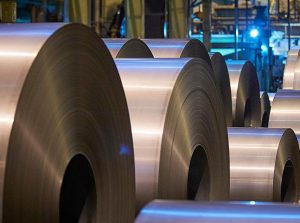 The Company’s production facility is located in Cilegon, Banten province, with the main market in Jakarta that The Company can be achieved through highway access as far as 94 kilometers. Company’s operational activities are supported by various supporting infrastructure and utility supply is provided by a subsidiary companies which handling: electricity power, port services, and water treatment facilities. Cigading Port which located in the Sunda Strait is the main access to the Company’s domestic customers outside Java, the export market, as well as the supply of raw materials from inside and outside the country.

In order to reduce the cost production and enhancing business development by increasing the supply of HRC products, the Company has started the development program of Blast Furnace Complex that will produce liquid iron of 1.2 million tons per year as well as hot strip mill manufacture which has a capacity of 1,5 million tons per year. Blast Furnace Complex is planned to start operating in December 2016, while construction of HSM #2 is scheduled for the completion in 2019. The Company plans to use the results of the Limited Public Offering to gather fund for some projects which included in the Company’s business development, such as increase production capacity in the hot strip mill manufacture as well as the construction of 1×150 MW coal based power plant. Total sales consolidated for the years which ended on December 31, 2014 and 2015, respectively amounted to USD 1.868.845 thousand and USD 1.321.823 thousand, as for the 6 months period which ended on June 30, 2015 and 2016, respectively amounted to USD 677.238 thousand and USD 659.121 thousand.